After years of dedicated research, data collecting and analysing, Balkan Criminology is proud to announce that a new, pioneering book has been published. The Head of Balkan Criminology, Assoc. Prof. Dr. Anna-Maria Getoš Kalac, has come out with a first volume to offer an in-depth look at (lethal) violence in the Balkans, published by Springer International Publishing as a part of the SpringerBriefs in Criminology. The volume, titled “Violence in the Balkans: First findings from the Balkan Homicide Study", sheds light on a region long neglected in terms of empirical violence research and discusses regional commonalities throughout the Balkans in view of their cultural, historical and normative context. In attempt to dismantle negative stereotypes of a growing and thriving Balkan society, this volume will be of interest to researchers in the Balkans, researchers of post-conflict regions, and those interested in the nature of homicide and its motivation, prevention, and various criminal justice approaches.

Congratulations to professor from the entire Balkan Criminology team! 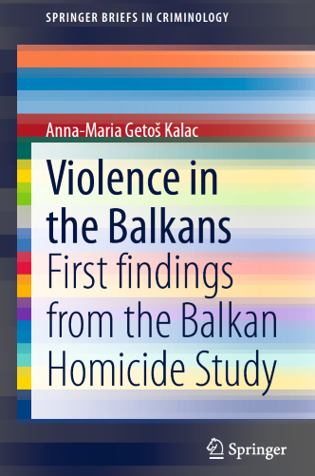