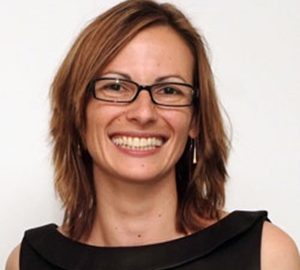 Anna-Maria Getos Kalac (PhD Freiburg, 2010; LL.M. Freiburg, 2004) holds a tenured associate professorship at University of Zagreb’s Faculty of Law, where she has been teaching criminology, victimology, penology and basics of criminal law since 2006, and as of the academic year 2021/2022 heads the Faculty’s Criminal Law Department. In 2018 she has been appointed Professeur Invité at University of Lausanne’s School of Criminal Sciences, whereas she just completed an extended research stay at the Max Planck Institute for Foreign and International Criminal Law in Freiburg as foreign visiting professor (09/2017-10/2019).

Prof. Dr. Getoš Kalac back in 2012 initiated the Max Planck Society funded Balkan Criminology research group and has meanwhile managed to revive criminological research in Croatia and the Balkans, thereby re-focusing European criminological attention back to Southeast Europe. The relevant three major “mappings” cover core areas of the criminological landscape of the Balkans: criminology, victimology and penology (Balkan Criminology Book Series). More recently she has conducted the Balkan Homicide Study in cooperation with the Max Planck Institute for Foreign and International Criminal Law in Freiburg, which focuses on (lethal) violence in 8 states of the region. In 2021, Prof. Dr. Getoš Kalac has come out with a new, pioneering book to offer an in-depth look at (lethal) violence in the Balkans, published by Springer International Publishing as a part of the SpringerBriefs in Criminology. The volume, titled “Violence in the Balkans: First findings from the Balkan Homicide Study", sheds light on a region long neglected in terms of empirical violence research and discusses regional commonalities throughout the Balkans in view of their cultural, historical and normative context.

From 2018 up to June of 2021, she has been successfully heading a transdisciplinary Violence Research Lab in Croatia, and she chairs the ESC working group “European Violence Monitor”, and has thus worked on topics such as terrorism, political violence and radicalisation; fear of crime and punitivity; crime policy reform in transitional societies; organised crime, criminal state capture and corruption; Croatian and regional crime statistics, incl. European Sourcebook of crime and criminal justice statistics; ISRD3 Croatia; restorative justice. As of June 2021, Prof. Dr. Getoš Kalac is holding a position as a Deputy President of Executive Board of the Croatian Science Foundation (from the field of social sciences). Prof. Dr. Getoš Kalac is fluent in Croatian, German and English and has also published her work in Italian and Spanish.