As of 2019 Balkan Criminology is heavily involved in the study of criminal state capture, corruption and organised crime in the Balkans with a particular focus on community resilience and practical usage of scientific knowledge in the prevention and repression of crime. From our ongoing research projects one in particular focuses on this research goal: Organised Crime & Criminal State Capture – Connecting the Dots Between News Headlines, Indictments and Scientific Research. Besides this rather focused research project we also engage in the study of lethal violence in the Balkans (Balkan Homicide Study) and thus contribute to leading European crime research (European Sourcebook of Crime and Criminal Justice Statistics) by leading the Balkan cluster of data collection.

Between 2013 and 2019 Balkan Criminology successfully conducted a total of 16 research projects. In numbers, our work in the past 7 years can be summarised as follows:

BC MAPPINGS: a total of 57 papers by 77 authors contained in 3 edited volumes of the Balkan Criminology Book Series, covering criminological core areas (criminology, victimology & penology) in all 15 countries of the region and intro-contributions from leading scholars;

BC RESEARCH PROJECTS: 20 research projects, out of which 16 have been successfully concluded, 2 are in their final stages and 1 is ongoing, whereas 1 is of permanent nature;

BC MONOGRAPHS: 5 scientific monographs within the Balkan Criminology Book Series, out of which 1 has been published (2017), 3 are in technical editing (2020) and 1 publication forthcoming (2021); 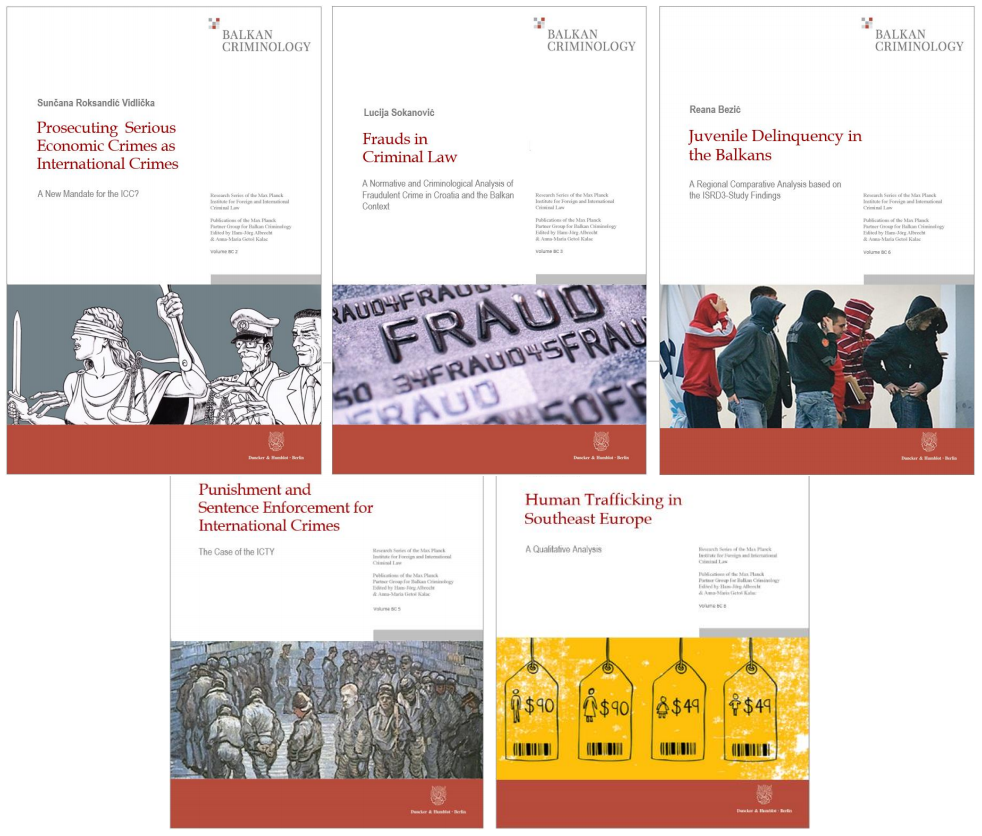 BC NETWORK: active network of criminology and criminal justice scholars and experts in 17 countries, covering all of the Balkans and Southeast Europe, and the western neighbouring countries, with a total of 12 concluded cooperation agreements with leading higher education and research institutions in these countries;

BC NEWSLETTER: a total of 13 published issues of the Balkan Criminology Newsletter, featuring as many as 111 articles from 127 authors.