Balkan Criminology is a research platform bringing together regional expertise on Balkan-specific crime phenomena, while disseminating up to date criminological knowledge on its prevention and repression. The approach we take is transdisciplinary and holistic in the sense that we look at crime phenomena in their Balkan-specific social, geographical, historical and cultural context. In this regard we consider the Balkans as a criminological space sui generis.

We particularly focus on organised crime and criminal state capture, as well as corruption and illegal trade in and through the Balkans. In an effort to build resilience in communities harmed or threatened by criminal governance we are strongly engaged in interconnecting academia, investigative journalism and various criminal justice agencies with local communities. By connecting the dots between news headlines, indictments and scientific research we maintain a platform for creating a synergy of efforts in tackling organised crime and criminal state capture in the Balkans.

Besides further developing our platform and acting as a facilitator for tackling organised crime in the Balkans, we also conduct criminological research on topics such as criminal tycoonisation in various domains of state funding, most recently in the domain of public research funds, and provide expertise for global players in tackling organised crime (e.g. Hotspots of Organized Crime in the Western Balkans and Strengthening the Fight Against Illicit Trade in South Eastern Europe). 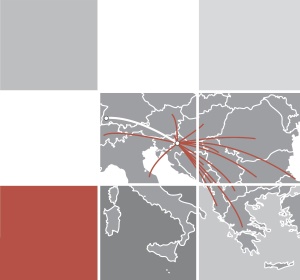 Balkan Criminology started out in 2012 as a criminological research concept for Southeast Europe developed by Prof. Dr. Anna-Maria Getoš Kalac. In 2013 Balkan Criminology evolved into a research group funded by the Max Planck Society – Germany’s most successful research organisation. Between 2013 and 2019 we operated as the Max Planck Partner Group for Balkan Criminology – a joint venture between the Max Planck Institute for Foreign and International Criminal Law and the Zagreb Faculty of Law (for more details on projects, outputs and reports please see here). Meanwhile we have grown into a partner of global players in tackling organised crime and as of June 2019 work closely with the Global Initiative against Transnational Organized Crime. Our work is being supported by Global Initiative’s programme aimed at incubating resilience in communities harmed or threatened by criminal governance, the Resilience Fund.